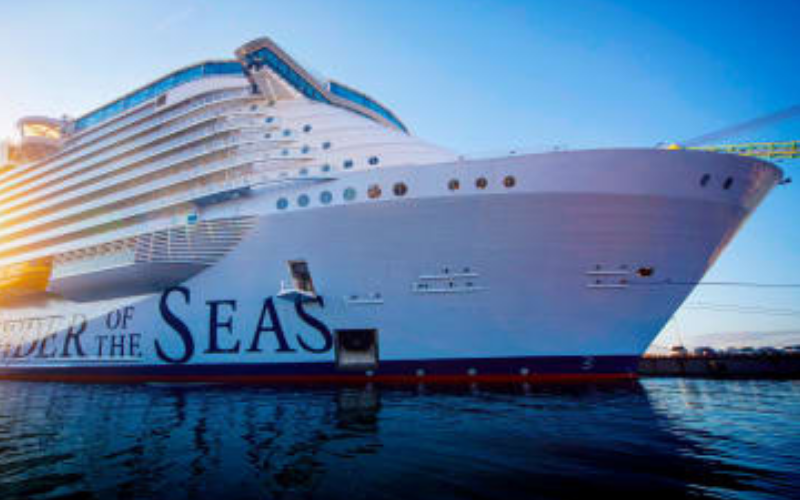 Are you in a mood to go on a cruise? You can now take the world’s largest cruise ship and enjoy the journey of a lifetime.

Wonder of the Seas is set to welcome passengers aboard for the first time.
If the 362-metre ship was standing vertically, its bow would reach the top of New York’s Empire State Building. Massive, isn’t it?
The ship has 18 decks; it can carry 6,988 passengers and 2,300 crew members. It will take its maiden voyage from Florida to the Caribbean on Friday, March 4.

The ship weighs more than 237,000 gross tonnes. It will have five to seven-night cruises from Fort Lauderdale in Florida to the Caribbean from March until April. After that, it will head to Barcelona and Rome in May.

The construction of Wonder of the Seas started in France in 2019. It arrived in Florida on February 20.

The 18 decks have different features. One features eight distinct neighbourhoods, including Central Park. You can find a row of real plants on this deck.
Then another deck has a slide which is called The Ultimate Abyss. It is the “tallest” at sea.

Michael Bayley, president and chief executive of Royal Caribbean International, said: “With half of our fleet sailing again, we are encouraged by what we’re seeing. These regions are in the position to welcome a brand-new, innovative ship like Wonder of the Seas.”
Earlier, the cruise ship was set to sail to Dubai in 2021 as part of its initial journey, but couldn’t take the voyage, thanks to the pandemic.