Where to watch UAE National Day fireworks in Dubai 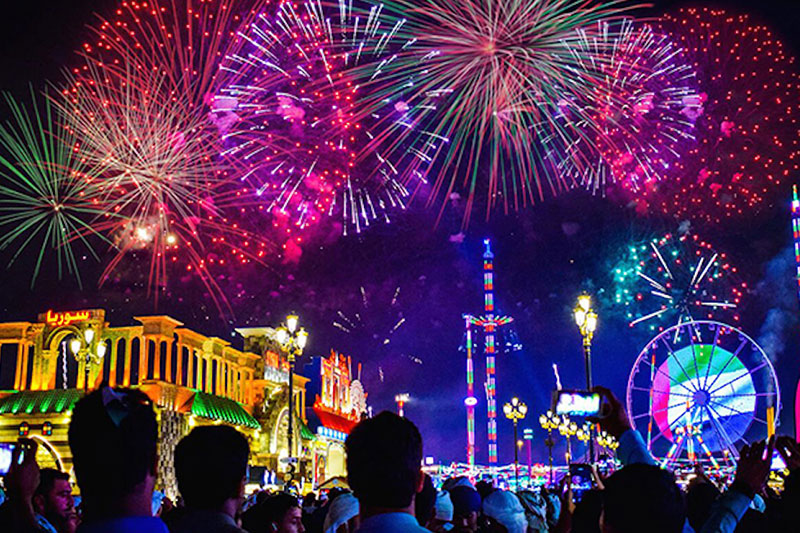 The sky over the city is set to turn into a glittering sight as several firework displays will be going off to mark UAE’s National Day special. Fireworks are always big draw, as lavish displays of pyrotechnic prowess are put on during the public holiday A number of venues have confirmed they will hold a fireworks show this year, with more expected to follow suit, while Burj Khalifa will display an LED show this year. Watch this space.

The waterfront destination on Palm Jumeirah will host not one but two celebratory shows on National Day. At 9pm on December 2, guests can expect a dazzling fireworks show set against the backdrop of the dancing waters of The Palm Fountain.

The Beach at JBR will have fireworks on December 2 at 8pm. These can be enjoyed from the many dining and leisure destinations dotted along both The Beach (PF Chang’s, The Cheesecake Factory, Bosporus) as well as Bluewaters Island (The London Project, The Selfish Bull, Shi et al), which is accessible via a walkway. The bridge itself is also a cool spot to watch the action.

Celebrate UAE National Day by watching a fireworks display at Dubai Festival City Mall on December 2. It won’t just be the fireworks as the IMAGINE show will also go off which will include water fountains, lights and lasers. It will be a sight to behold.

As expected, Global Village will have fireworks on for the UAE National Day celebrations. It is a great spot to hit up for some fun with plenty of attractions and food trucks for when you need to refuel.