What exactly is metaverse and how far off are we from total virtuality? 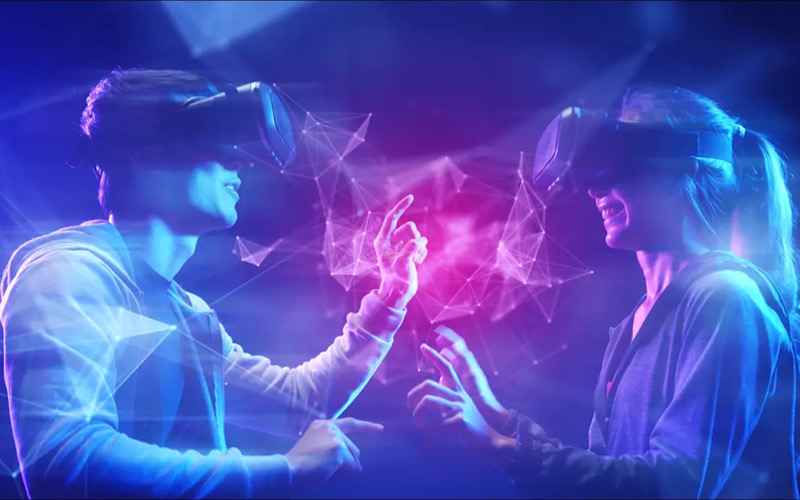 Lands in the virtual world selling for millions of dollars, NFTs flooding the internet, and Meta (formerly Facebook) employees brandishing the word “metaverse” over 80 times during their keynote speech; it truly does seem like digital is the way to go. So, what is really going on with the metaverse; is it worthy of all the hype and why isn’t it here already? Let us break it down for you.

Right now, virtual and game worlds like Second Life, The Sandbox, Roblox are being conflated with early iterations of the metaverse. But, the truth is we’re nowhere near having the technology to build a persistent 3D virtual world.

Wait, hold up. What does a persistent 3D virtual world even mean?

A 3D virtual world is where people could visit as avatars as they accessed a world via virtual headsets connected to worldwide fiber-optics networks. Think Ready Player One.

As far as how these fictional accounts translate into real-life, the simplest way to describe the metaverse is as a connected network of 3D virtual worlds that is always “on” and happening alongside our real-world lives. Like a David Guetta concert in the real-world as well as in the virtual landscape.

Picture this: you strap on a headset or pair of goggles, flick a switch, and boom—you’re still standing in your living room, but you’re also walking through a 3D world as an avatar of yourself, and you can interact with other people who are doing the same thing from their living rooms.

How long till we go meta?

According to reports released by chipmaking giant Intel, the metaverse is on the way, but it’s going to take a lot more tech than we currently have to make it a reality.

The technology is still decades away from what it needs to be, primarily because of the lack of computing power, networking, and hardware necessary to support it.

In fact, according to Raja Koduri, VP of Intel’s accelerated computing systems and graphics group, powering the metaverse will require a 1,000-fold improvement on the computational infrastructure we have today. “You need to access to petaflops [one thousand teraflops] of computing in less than a millisecond, less than ten milliseconds for real-time uses,” said Koduri. “Your PCs, your phones, your edge networks, your cell stations that have some compute, and your cloud computing need to be kind of working in conjunction like an orchestra.”

Koduri pointed out in a press release that even putting two people in a realistic virtual environment together requires realistic-looking avatars with detailed and unique clothing, hair, and skin. Giving these avatars real-time speech and motion capabilities means we need sensors that can pick up audio and physical data, including 3D objects in users’ real-world environments. This data then needs to be transferred at high bandwidth with low latency—for hundreds of millions of users at the same time.

It’s uncertain exactly how or when the metaverse will arrive but it will be here eventually. How far off do you think we are from going meta?