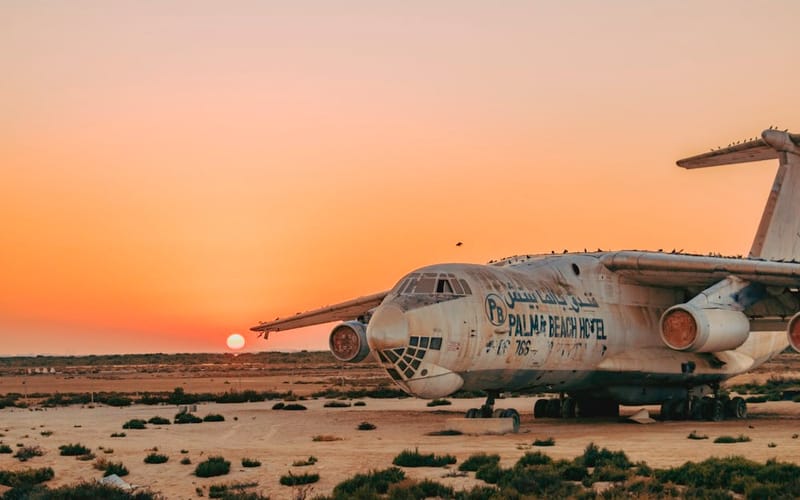 The Ilyushin Il-76 that has sat for decades under the sun in Umm Al-Quwain (UAQ) is in the process of being dismantled. Designed for landing in harsh conditions, the cargo jet has been linked to airlines that have flown between Africa, Europe, and the Middle East. While it has many interesting stories as to how it arrived there, we’ve just learned that the plane – right at the moment, is being dismantled to make way for a new megaproject in the city.

Old and falling apart, rusty and well, just plain ghostly at times, the old aircraft has been left to sit under the heat of the UAE’s relentless sun for the past two decades.

Besides being the advertising board for Palma Beach Hotel, the old Soviet plane lies there day in and day out, drawing in the ‘brave’ to see if they can snap up a photograph or two.

The work is already underway to demolish the Ilyushin IL 76, a Soviet-era aircraft. The four engines are no longer a part of the plane and now lay on the ground. The wings which once withstood the winds and sand and rough UAE weather now hang by the side of the aircraft. The four turbofan engines that powered the once majestic plane lie scattered on the ground and the wings are broken, hanging limply by the side of the aircraft.

The demolition began earlier this week. It may take days or it may take weeks for it to finally be taken apart, but eventually, all the pieces of the plane will be sent in for scrap.