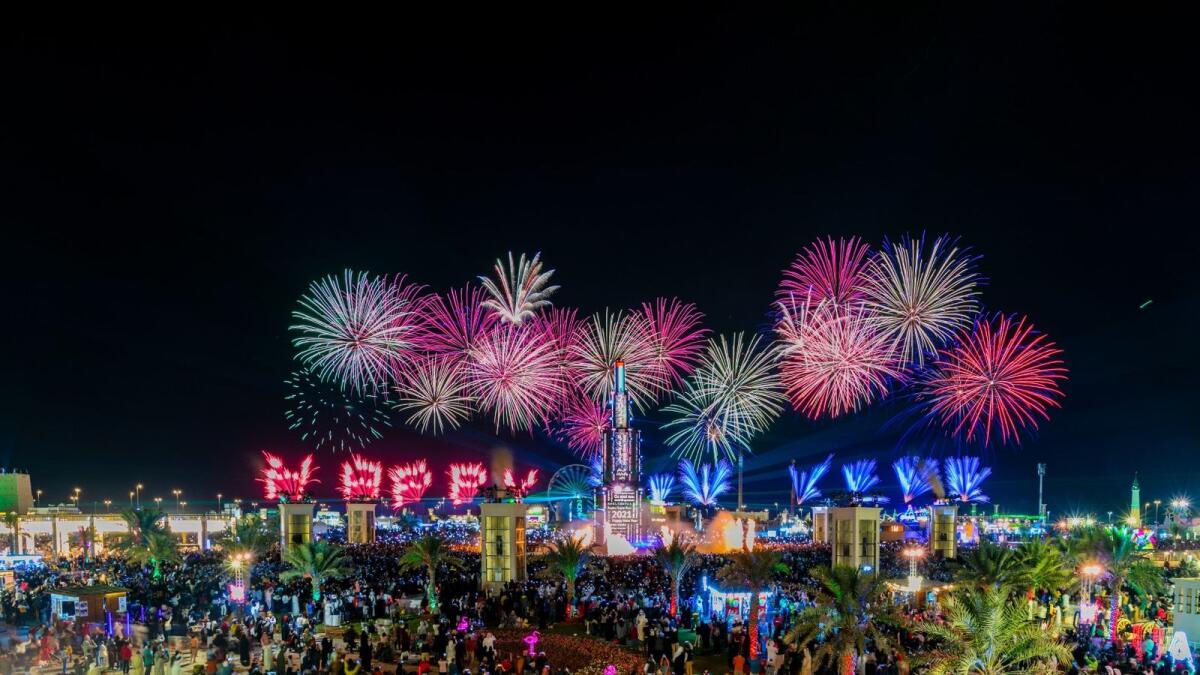 One of Dubai’s biggest nights of the year is almost upon us as Emaar prepares for its annual New Year’s Eve mega-show at Burj Khalifa– and with hundreds of thousands of revellers set to join the celebrations, this is how to get the best out of an unforgettable night. The incredible night will include Burj Khalifa and the Dubai night sky being illuminated by numerous dazzling beams, establishing a new record for the largest laser display with the 828-metre Burj Khalifa forming a captivating centrepiece. In addition to the spectacular lights and firework display, there will also be a mesmerising, synchronised performance by The Dubai Fountain.

Ras Al Khaimah will welcome New Year 2023 with a dazzling musical firework display that will aim to create new world records. Featuring pyro drones, nano lights, colours and shapes choreographed to electronic beats, the event will see a 12-minute fireworks display that will light up the night sky. Covering a 4.7km stretch along the waterfront between Al Marjan Island and Al Hamra Village, visitors are in for a jaw-dropping pyro-musical, that is set to break new records once again.

Abu Dhabi will attempt to break three Guinness World Records as part of Sheikh Zayed Festival’s NYE celebrations. The 40-minute fireworks show will attempt to break three records in quantity, time and formation. A giant drone show, using more than 3,000 unmanned aerial vehicles, will also light up the skies of Al Wathba. The Organising Committee of the Sheikh Zayed Festival, which is currently taking place at Al Wathba, Abu Dhabi, has lined up a series of world-class folkloric and entertainment events and performances as part of its New Year celebrations.