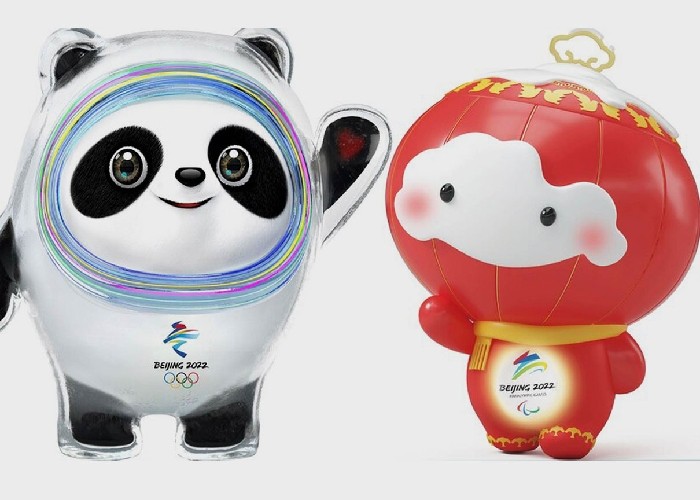 Folks, meet ‘Bing Dwen Dwen’ and ‘Shuey Rhon Rhon’, the official mascots of the Beijing Winter Olympics and Paralympics, 2022. Meant to be representatives of the culture, heritage and history of the host city, these mascots are colourful and fantastical creatures.

‘Bing Dwen Dwen’, a giant panda, is as adorable as it gets, as if pandas weren’t already eliciting the feelings of wanting to violently squish them from within us. The name couldn’t be more appropriate, with ‘Bing’ meaning ice and ‘Dwen Dwen’ representing children in the Mandarin. The choice of animal is also most apt as the giant panda is China’s national animal.

The official ambassador’s costume looks to be a full body shell completely of ice. It skates alongside the athletes and attempts to embody the strength and willpower of those participating in the prestigious event, while promoting the Olympic spirit.

“Shuey Rhon Rhon”, the mascot of the Paralympic games, is a creature depicted as a Chinese lantern made of traditional Chinese paper cutting and Ruyi ornaments. It’s glowing heart symbolises the friendship and courage of the Paralympic athletes.

‘Shuey’ means snow and ‘Rhon’ has the dual meaning of tolerate as well as fuse or melt. In tandem, they call for greater inclusion and a dialogue of understanding between different cultures. The lantern is also a marker of Chinese history, and symbolises brightness and prosperity.

The chief designer of the mascots, Cao Xue, dean of the School of Visual Arts and Design of the Guangzhou Academy of Fine Arts, said his inspiration for ‘Bing Dwen Dwen’ came from tanghulu, a Chinese snack made of candied hawthorns on a stick. Since the mascots are to be cute and cuddly cartoon-like characters, he also asked his 9-year-old son to advise his team on how to achieve that.