The long-awaited arrival of Funny men- ‘The Noise Next Door’ in Dubai is here! 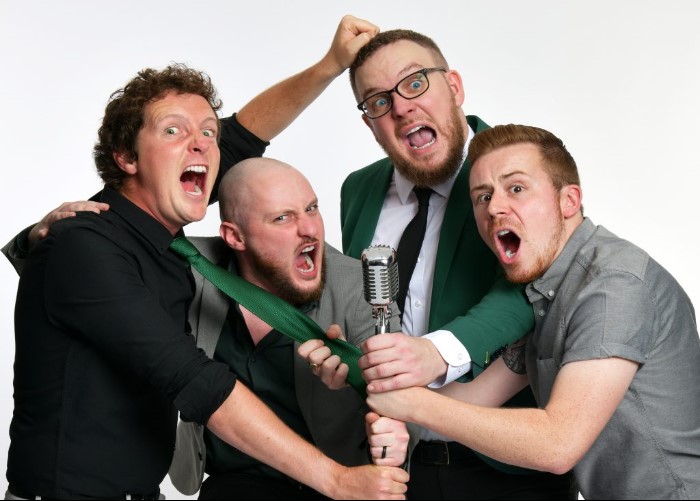 After three cancellations due to the pandemic and travel restrictions, the comedic group ‘The Noise Next Door’ has officially arrived in Dubai!

A little about them…

You might have seen the infamous improv group on BGT 2020. After grabbing a ‘Yes’ from all four judges and a rare ‘thumbs up’ from Simon Cowell, they made it to the semi-finals that year. These superstars sold out 11 times at the Edinburgh Fringe Festival while also performing alongside Michael McIntyre, Al Murray, and Harry Hill.

Now, the comedic heroes will perform live for audiences in Dubai and Abu Dhabi.

When are Where can you catch them?

Kicking off their first show in Abu Dhabi, Park Rotana on February 3 at 8.30 pm after which they head over to Dubai for three more shows.

The first show at 8.30pm, Movenpick JBR on February 4. Followed by a 3pm, family-friendly show at Theatre by QE2, Mina Rashid on February 5. Finishing off with their grand finale at night, 8.30, at the same place.

These funny men will knock your socks off with their quirky scenes and witty songs from your random suggestions.

Grab your seats at thelaughterfactory.com

previous post
Facebook takes a hit on daily active users for the first time in 18 years
next post
Starbucks doesn’t just dish out coffee, it dabbles in Big Data. Here’s how