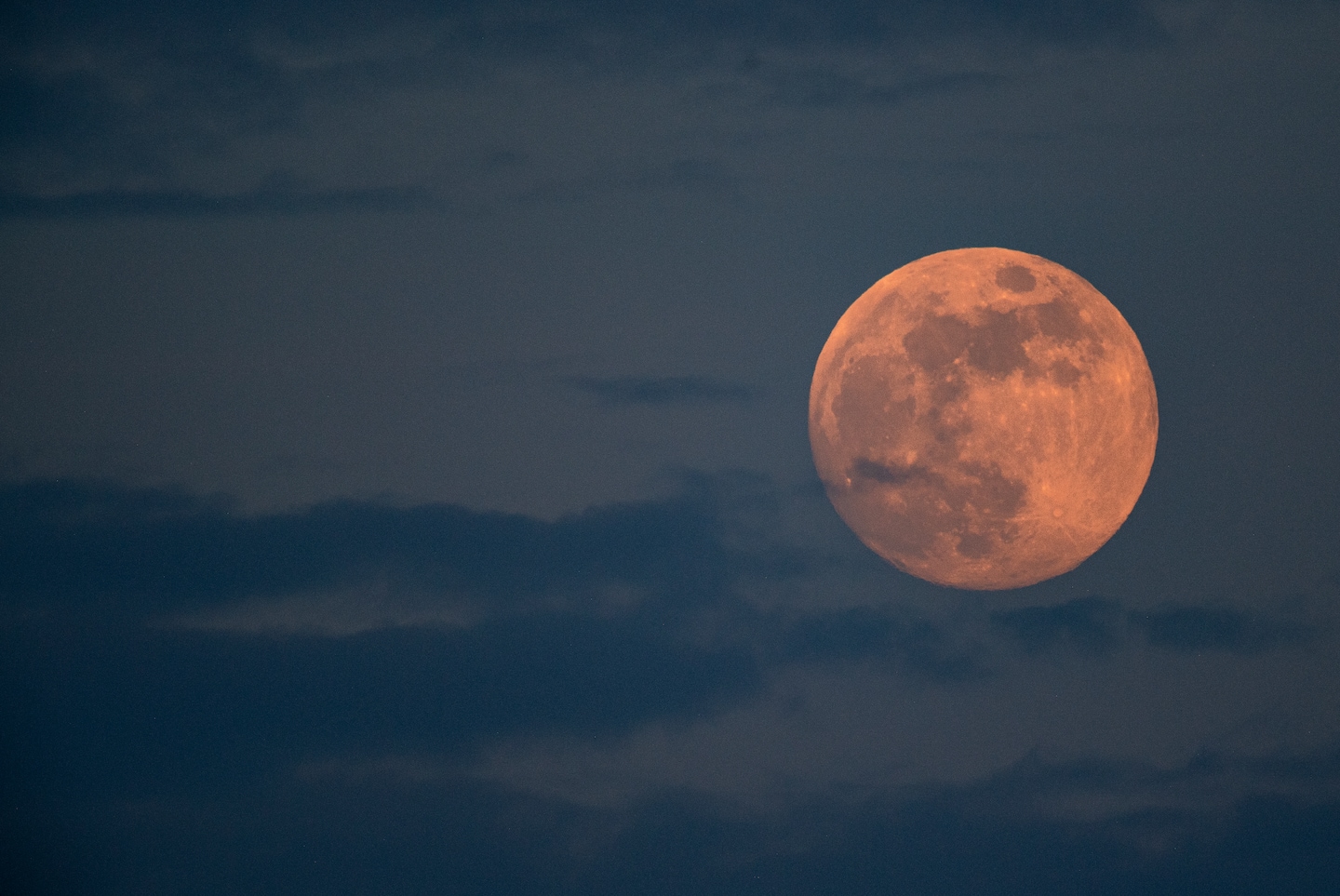 On Tuesday night, sky watchers will witness the first of three summer supermoons. A supermoon occurs when a full moon also happens to be at its closest distance to Earth in its orbit, known as perigee. Supermoons appear brighter and larger to us on Earth, providing spectacular nighttime gazing if skies are clear. A Strawberry supermoon will appear in the UAE’s skies on Tuesday and will also be visible around the world. It is one of four supermoon that will grace the skies this year, including one that already happened on May 16.

This year’s ‘Strawberry Supermoon’ will be at a distance of 357,658 kilometres from Earth. The average distance between the Moon and Earth is 384,472km. Despite the name, the celestial event does not mean the Moon will actually turn pink or red, but there will be a reddish hue caused by reflections of sunlight. “The ‘Strawberry Moon’, as the last full Moon of spring or the first full Moon of summer is called, gained its name from the time of year when berries ripen,” Nasa said on its website.

This month’s full moon will also be the lowest full moon of the year, hovering only 23.3 degrees above the horizon Wednesday at 1:56 a.m. Eastern, according to NASA. Binoculars, a telescope or an excellent camera may help you spot craters and mountains on the lunar surface. While the moon will appear larger and brighter, it will also accentuate low and high tides on Earth. Researchers suggest that decades of supermoons have been shown to heighten erosion risk on sandy beaches.

The strawberry supermoon is only one exciting celestial event occurring in June. The summer solstice on June 21 marks the astronomical end of spring and start of summer. On June 24, before dawn, sky watchers can also see Earth’s five closest planetary neighbors in a row for the first time in 18 years .