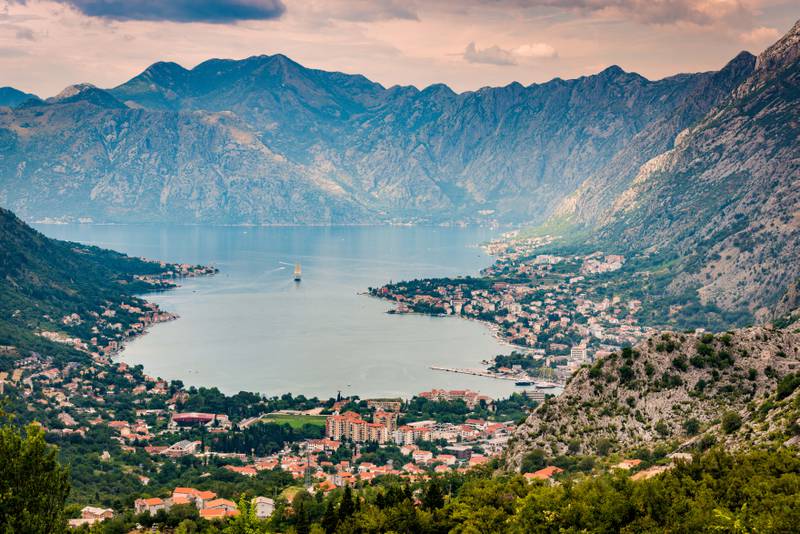 It’s definitely getting hotter and if you think that it might be too hot to handle, here’s some Buzzzing places to visit this summer.

Etihad Airways, Emirates, Wizz Air Abu Dhabi and flydubai have all added new destinations to their route networks for the summer season, offering opportunities to explore new parts of already popular destinations, such as Crete in Greece, or emerging destinations like Tivat in Montenegro.

Etihad introduced is introducing new seasonal flight to Nice on June 15, connecting Abu Dhabi to the French Riviera. The twice-weekly service will depart from the capital on Wednesdays and Sundays, touching down in Rome before continuing on to Nice.

A playground for the rich and famous, France’s Cote d’Azur is dotted with private beaches, high-end restaurants, five-star hotels and harbours brimming with private yachts.

Famed for its seaside location and pretty 7km-long Promenade des Anglais, Nice has been a tourist magnet since the 1700s and a Unesco World Heritage site since 2021. Its breezy beaches, balmy weather and Mediterranean vibe make it the quintessential French Riviera resort town, while visitors will also want to check out its traditional open-air market and public parks.

France is the third most popular European destination for travellers planning summer trips from the UAE this year, according to recent data from online travel agency Skyscanner.

Etihad will also launch flights to the Greek island of Crete for the first time on June 15. Famed for its ancient ruins, bustling cities and glorious beaches, it offers an island escape in the Aegean Sea.

Crete is the largest and most populous of the Greek islands, with a coastline that is more than 1,000km long. Famous attractions include the Palace of Knossos, which features the remains of an immense palace built in 1900 BC, as well as courtyards, private apartments, baths and beautifully preserved frescoes, and the Heraklion Archaeological Museum, one of the largest and most important museums in the country, home to artefacts spanning 5,500 years, from Neolithic to Roman times.

Etihad services from Abu Dhabi will fly into Heraklion, the island’s capital. Operated via an Airbus A320 on Wednesdays and Saturdays, the journey time is under five hours.

Flydubai is making Sicily more accessible to Dubai residents with the launch of seasonal summer flights to Catania.

The second-largest city on the island, Catania sits on the east coast, at the foot of Mount Etna. It is home to stunning baroque architecture, a charming Duomo Square and the impressive Norman Cathedral, as well as ancient underground thermal baths and catacombs.

The fish market, located behind the Cathedral of Catania, is the perfect place to sample Catanese culture at its most effusive, while the Historical Monastery San Benedetto on Via dei Crociferi is a Unesco site that dates back to the 1700s.

Flydubai will operate three weekly flights to the destination from June 14.

In a further expansion of its Italian network, flydubai will also launch thrice-weekly flights to Pisa on June 24.

Best known for its Leaning Tower, an architectural project gone very wrong, this vibrant city is home to a vibrant cafe and bar scene, Renaissance squares and Gothic churches.

While a visit to the ill-fated Leaning Tower, or Torre Pendente, which leans 3.9 degrees off its axis, is essential, the Piazza dei Miracoli and Duomo are also not to be missed. Pisa is also a gateway to the rest of Tuscany, making it the ideal starting point for a longer Italian adventure.

Among the 10 new destinations that flydubai has added to its network this summer is Tivat in the Bay of Kotor, in south-west Montenegro. A Unesco World Heritage site, the Bay of Kotor is the largest natural harbour in the eastern Mediterranean and is now home to Porto Montenegro, a luxury marina with waterfront residences, hotels, restaurants, shopping, water sports and other leisure activities.

Hiking or biking trips up the pine forest-covered Vrmac mountain offer expansive views of the bay and surrounding area, while Gornja Lastva, an abandoned 14th-century village, is located 3km from Tivat and offers a trip back in time.

Flydubai will operate twice-weekly flights to Tivat from Dubai from June 24 to Friday, September 16.

While not strictly a new destination, summer holidays to Bali are back on the cards. After a two-year hiatus, Emirates resumed operations to the Indonesian island in May and will increase the frequency on this route to daily from Friday, July 1.

Famed for its beautiful beaches, epic surfing, rice paddies and ancient temples, Bali has long been a popular holiday destination, with a flight time of about nine hours from the UAE.

The route reopening coincides with the Jumeirah Group opening its first property in Bali, in the Pecatu region in the south-west of the island. The all-villa Jumeirah Bali is located on Uluwatu Beach, famed for having some of the destination’s best coastline.

Post tags:
EmiratesEtihadtravelvisa
previous post
How far away are we from a future with driverless cars and complete road autonomy?
next post
The Buzzzing Journey: From inception to fruition with Abhishek Sengupta