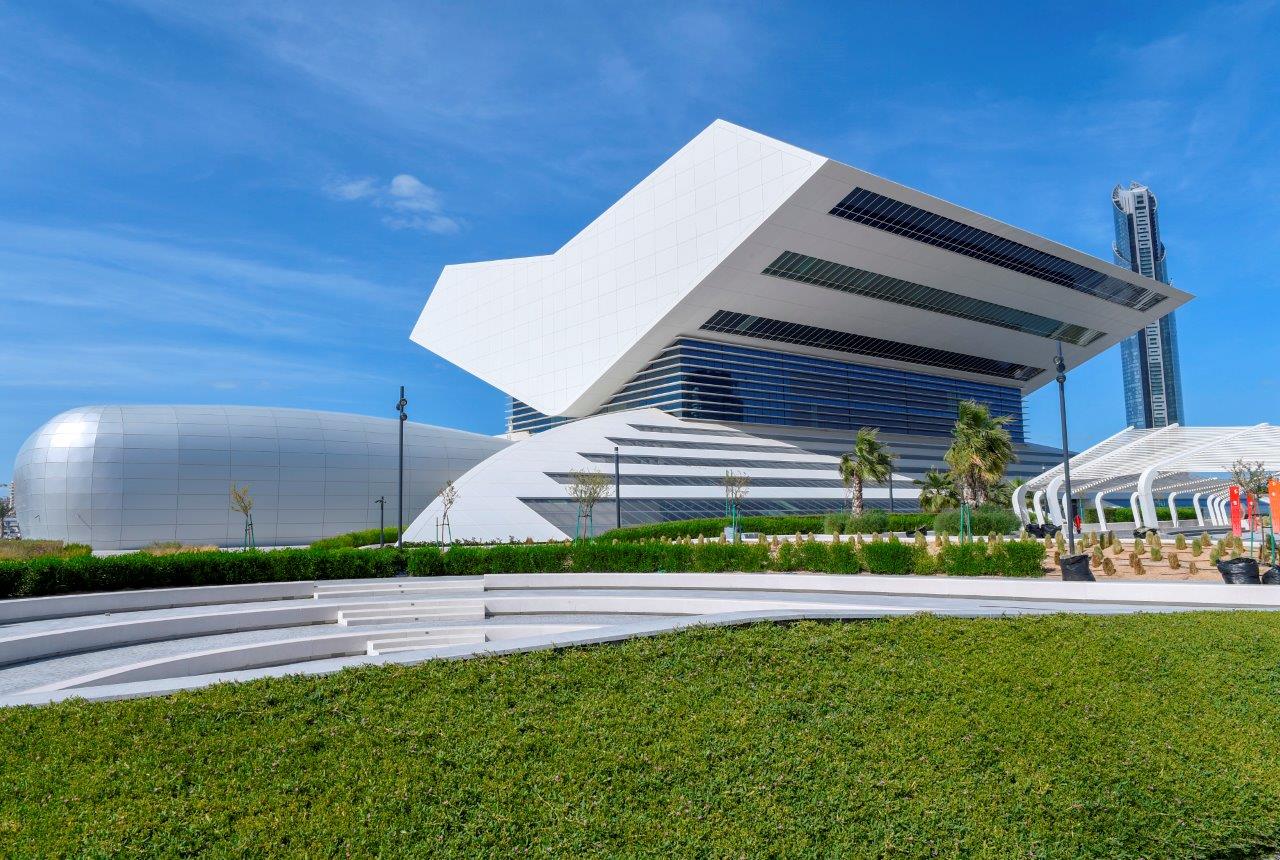 The stunningly-shaped Mohammed bin Rashid Library on the Dubai Creek bank has been inaugurated. Taking to Twitter, His Highness Sheikh Mohammed bin Rashid Al Maktoum, Vice-President and Prime Minister of the UAE and Ruler of Dubai said the Dh1-billion project has nine main libraries. Calling it a ‘beacon of knowledge’, he said the seven-strorey building has over 1 million books and 6 million research theses.

“Today we launch a cultural and intellectual edifice for our new generations, through which we aim to promote reading, spread knowledge and support researchers and scientists. Our goal is to illuminate the human mind,” Sheikh Mohammed tweeted.

Referring to the first verse of the holy Quran that was revealed to Prophet Muhammad (peace be upon him), the Dubai Ruler said: “The first commandment from heaven to earth is the word ‘read’ (iqra). The economy needs knowledge, politics needs wisdom and nations need to learn. And all these and more can be found in books. Through this library, we have brought together millions of books to develop our path, consolidate our identity, culture and roots and create our future.”

The library, designed in the shape of a rehl, the traditional wooden book rest used to hold the holy Quran, has been built in Al Jaddaf. Sheikh Mohammed bin Rashid had first announced the project in 2016 as the country marked the Year of Reading.

It is the biggest cultural centre and library of its kind in the Mena region. Across its seven floors, the Mohammed bin Rashid Library features significant content. This includes more than 1.1 million printed and digital books in Arabic and foreign languages, over 6 million dissertations; around 73,000 music scores; 75,000 videos; around 13,000 articles, and more than 5,000 historical print and digital journals within an archive covering 325 years. It also features about 35,000 print and digital newspapers from around the world, and nearly 500 rare collectibles.