Say Hello to the Michelin Guide in Dubai 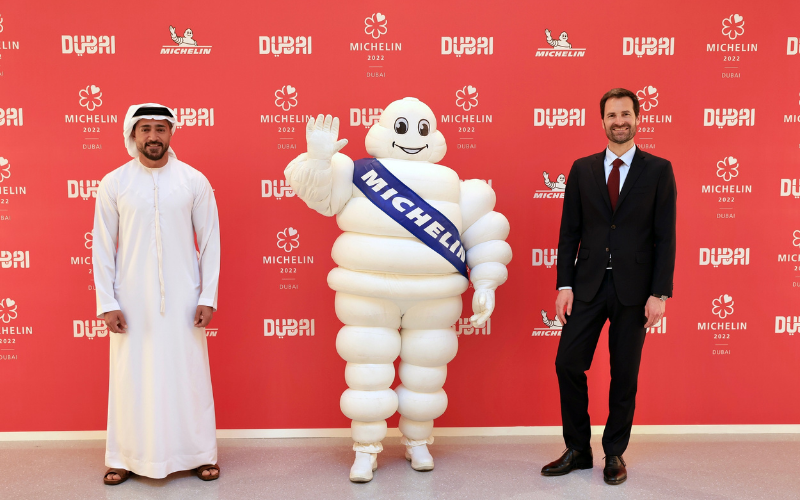 Remember the chef from Ratatouille who passed away from a ‘heartache’ after his Michelin star was taken from him? Well, these stars have now made their way to Dubai! Our very own Ratatouille tale is in our city — minus the heartache.

Chefs around Dubai are now sharpening their knives as the Michelin Guide makes an entrance. Restaurants will be awarded the world-renowned Michelin Stars depending on how the delicacies harmonise with each other on the plate. The guide has been publishing since the 1900s and is already in 36 destinations.

As a result of Dubai’s distinctive flavours, Gwendal Poullennec, Michelins Guides International Director, said: “The Emirate deserves to be on the world culinary map because of the variety of food.”

This is Michelin’s “first step in the Mena region”.

How does the guide determine whether or not a restaurant deserves a star? It’s simple. Inspectors rate a restaurant based on what’s on the plate and the quality of the food.

As stated by Pollennec, to keep every rating fair, an inspector does not go to the same restaurant twice. Michelin presents its reviews through a two to three-line summary and a system of intricate symbols, the most known of which are the Michelin Stars. Inspectors can award a restaurant with zero to three stars depending on how well they fit the criteria.
The Bib Gourmand, named after the Michelin Man (the mascot of the Michelin Group), is not to be mistaken for a consolation prize or some sort of a participation award — it is an esteemed degree of rating that awards friendly establishments which give food at moderate prices. This allows inspectors to not only taste food in fine dining establishments but also restaurants that provide high-quality food at wallet-friendly prices.

Earning a star is hard work. Stars are awarded to establishments on an annual basis. Therefore, an establishment must earn its star every year. If a restaurant fails to deliver food that was previously of high caliber, its star is taken away.

Isaam Kazim, the CEO of Dubai Corporation Tourism and Commerce Marketing, stated, “There are close to 11,000 restaurants in Dubai that the Michelin Guide team will make a selection from.”
Michelin’s team of inspectors has already begun visiting restaurants in the city to see who will be awarded the stars. The full list is set to be revealed in June.