‘Karak’ is Dubai’s cup of tea 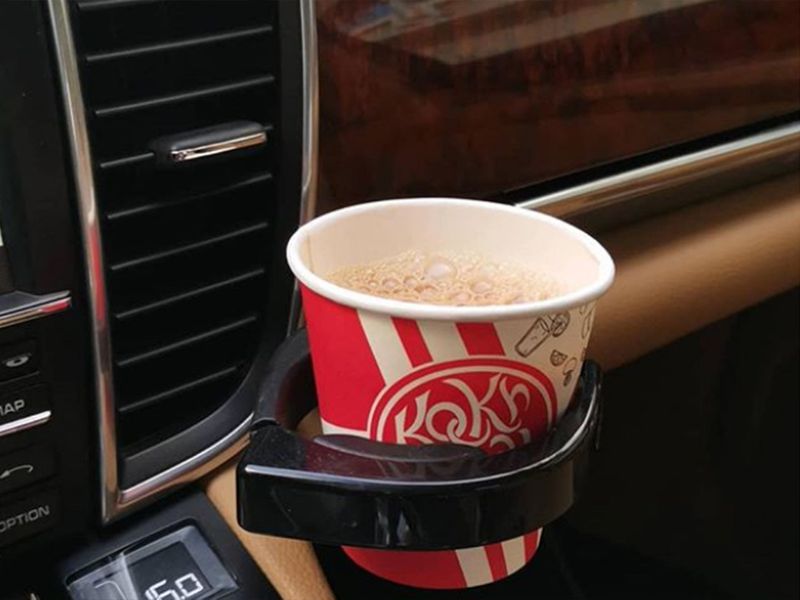 Hones-tea is the best policy; so if you tell us that you’ve never turned to your family or friends and said “Karak?”, you’re a liar and we’re upset that your pants haven’t already burst into flames.

There is much to unpack in just that one word because Karak is not just a cup of tea. It’s an emotion, a feeling that when expanded, tells the story of many invaluable memories we have made with a Karak in hand.

A drink that is now a deeply ingrained part of UAE culture, Karak chai is an institution in itself. Even if one doesn’t drink chai through force of habit, a Karak with a side of some hearty banter can’t be missed.

The wild popularity of Karak is testament to its importance, not only as that boost of caffeine which gets people going, but as a social construct.

Karak, short for Karak chai, is the local christening of masala chai, the feistier, more flavourful brother of regular tea. Masala chai is an export of the Indian subcontinent and is a staple in every South Asian household.

How it found its place in Gulf life is a no-brainer, considering the size and expanse of the South Asian diaspora in the GCC. Indians, Pakistanis and Bangladeshis, away from their soil, find a piece of home in the little paper cups that are now a symbol of the steaming crowd favourite.

Karak landed in the UAE in the 1960s, when the discovery of oil transformed it into the land of opportunities. The Gulf equivalent of the American Dream, if you will. The expatriates came and with them came masala chai. It was here that it was named karak because quite simply, that’s what it is. A strong cup of tea!

Being able to make an amazing cup of Karak chai, in our opinion, is a measure of how desi a desi can get. If a pot of swirling loose tea, water, milk and a pinch of that spice which makes it special is your wakeup call, you’re certified.

But many of us are allergic to the kitchen and although tea is as basic as it gets, if you’re one of those people, your local cafeteria is here to fulfill all your Karak needs.

These haunts are a common sight in almost every area and frankly, there might not be a single establishment to indicate the existence of life, but a cafeteria serving Karak is sure to be teeming with people.

“I moved to the Scotland from Dubai and had withdrawal symptoms,” said 23-year old Enriqu D’cruz, encapsulating his love for the brew.

“Before class, after class and one after that!” exclaimed Monique Rajpurohit. The Madagascar national said that if it wasn’t for karak she “wouldn’t have made it through university”.

“Chai and a samosa, daily for over 17 years. It’s the best breakfast. Filling and satisfying too,” said Waris, a labourer who has spent nearly two decades in Dubai.

“We sell Karak at Dh1.50 and we have over 100 customers a day. We make enough in a week to pay the rent of our shop, that’s how much Dubai loves Karak chai,” says Raahil whilst smiling. The tea-shop employee claims that he witnesses customers from dusk to dawn.

Over time, the number of cafeterias has grown exponentially. Proving itself to be a lucrative business that is sure to be a hit with customers, the megawatt signs of a roadside cafeteria will attract not just the weary early morning travellers, but also the youngsters out and about at night.

The reali-tea is that Karak is one with Dubai culture now. What’s your favourite place to go and have karak?