I will treasure Shane’s smile 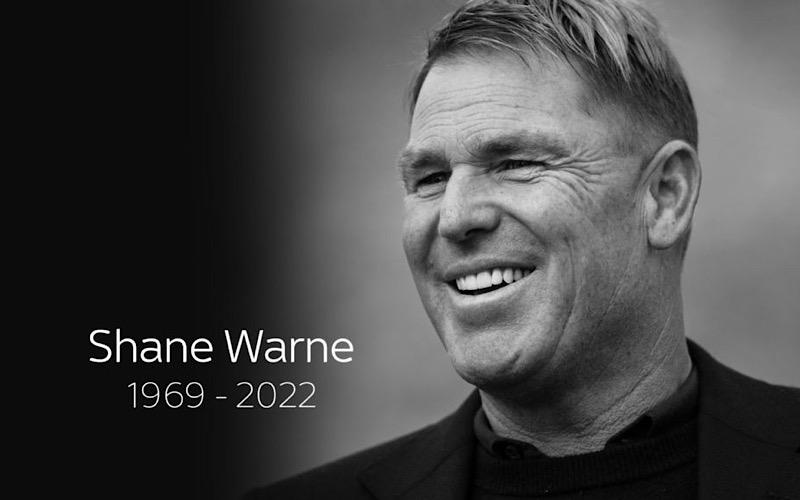 “Ge… him aoot,” quipped Shane Warne when asked what’s on his mind when he bowls to master blaster Sachin Tendulkar.
The reporter couldn’t fathom what Shane had said; he looked utterly lost – “What?” he asked. “GET HIM OUT,” Shane emphatically replied.

The year was 2001. I used to work in Bharatnet.com. I and Vasu, my colleague, were in a five-star hotel in New Delhi where the launch of Foster’s was taking place and many luminaries were present. I had gone there just to see Shane in flesh and blood. I simply adored him since he was a leggie and played the game with a lot of commitment. I used to bowl leg spin during my cricketing years. So, Shane was an obvious favourite.

As we stood there, Shane kept talking to somebody or the other. With him was Australian opening batsman Mathew Hayden, who had scored a century or double century (can’t remember) in Ferozshah Kotla in the morning that day. He looked tired.

I found Shane in a jovial mood. He was mingling with people. I saw him from a very close quarter – and I can still remember the smile he gave me as I looked at him. That smile will stay with me forever.
52 is no age to leave this world. But Shane lived life to the lees. He took 708 wickets in Tests and 293 wickets in ODIs in a career spanning exactly 15 years.

Shane took more Ashes wickets than any other bowler in history. He is also the only player to have scored more than 3,000 Test runs without a career century.

Shane was so lovable that his absence will create a void. Yes…he will be missed. But his legacy will remain intact. He will remain an idol for many and his leg breaks will keep spinning heads: how did he do it? Ask Mike Gatting about that unplayable “ball of the century”.

Shane, you will stay in our hearts, always.