How far away are we from a future with driverless cars and complete road autonomy? 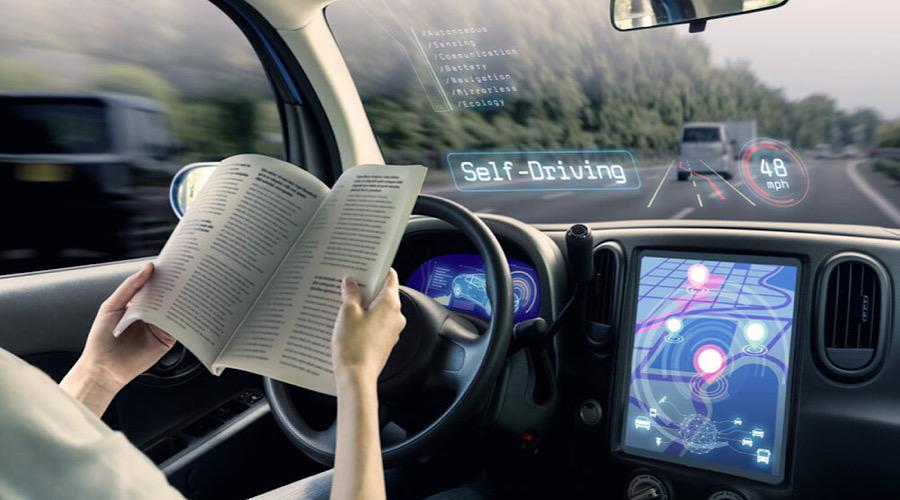 Driving, pfft, a thing of the past.

Remember ‘Back to the Future 2’, when Marty and Doc tore through the space-time continuum to head into the future and it’s filled with cool gadgets and flying cars? Well, we’re not saying that this is near but we’re saying you may not have to drive your own cars anymore, and no, we’re not talking about chauffeurs.

There have been a few examples of autonomous cars, namely Tesla’s, and unlike most technology, the hype hasn’t really died down. Nadia Qazi, a car enthusiast has been praying to ‘drive’ one ever since she heard about the technology.

Autonomous cars revolve around Artificial Intellgence or AI tech for short. The technology maps out the route the ‘driver’ wants to travel in and, well, the best way to put phrase this is, drive itself.

“If we can send rockets to space, why is it taking so long to make an autonomous car?” adds Nadia.

The 20-year old’s frustration is understandable and not unfounded.

“We’ve been saying that the technology will take about 10 years to develop for about a decade. We’ve made progress but there’s still alot to be done in this space,” said Seham Al Behissy, Former Digital and Connected Cars general manager/ Renault international group of Artificial Intelligence.

Al Behissy also highlights a critical point, which leads to the question – what happens to all the data?

“I would say that now the question revolves around safety, not only on the roads but also data quality assurance. We have to be able to interpret real time and accurate data as the car moves across specific areas, and ensure this data is stored. We need to have serious conversations with different key players and manufacturers,” she adds.

Don’t worry we’re not talking about sending you back to school. But according to Al Behissy, drivers need to be educated on the potential hazards they face while operating an automatic car and learn how to navigate through these hurdles.

“It’s not only about a smar car but you have to integrate the mechanical, eletrical and education with it,” said Dr. Jassim Haji, President of International Group of Artificial Intelligence in Bahrain.

We need to enable users to operate these vehicles and need to educate them while changing their mindset from being a driver to a supervisor. They should also possess a set of skills to know how to use the vehicle in certain spaces and emergencies.

How can businesses benefit from this?

If autonomous cars and vehicles can be scaled and mass-produced, businesses might jump on the driverless bandwagon soon.

“We’re talking about everything from autonomous vehicles and drones all the way to applying data science to enhance the customer experience,” said Mohammed Sleeq, Chief Digital Officer at Aramex. Trust Aramex when it comes to logistics; the company has been a solutions leader and innovator in Dubai and operates in over 65 countries with over 16,500 employees.

Alexander Pope said, “To err is human”. But wouldn’t it sting significantly more  if that error cost you thousands in your business? Imagine you kickstarted a company from the root-level and now you need a way to get your products across to the customer. With proper AI backing you could eliminate human error altogether and save cost, which is a pillar of any smart business.

“The AI community needs to network more together to make autonomous cities and movement a reality,” said Dr. Haji.

“To build an autonomous car, you need to build it in different stages and challenge it with obstacles and safety courses around it. Furthermore, we cannot make an AI car without having AI security measures,” he adds.

He has a point. Just visualise how you would react if YOUR CAR WAS BEING HACKED!

There seems to be a considerable ways to go but noteworthy process has been made in this space. Question is can we replace our love for driving with being driven around? I’ve been debilitating an answer to this question for hours and it’s driving me crazy. Let us know in the comments what your prefer – driving yourself or your car driving you?