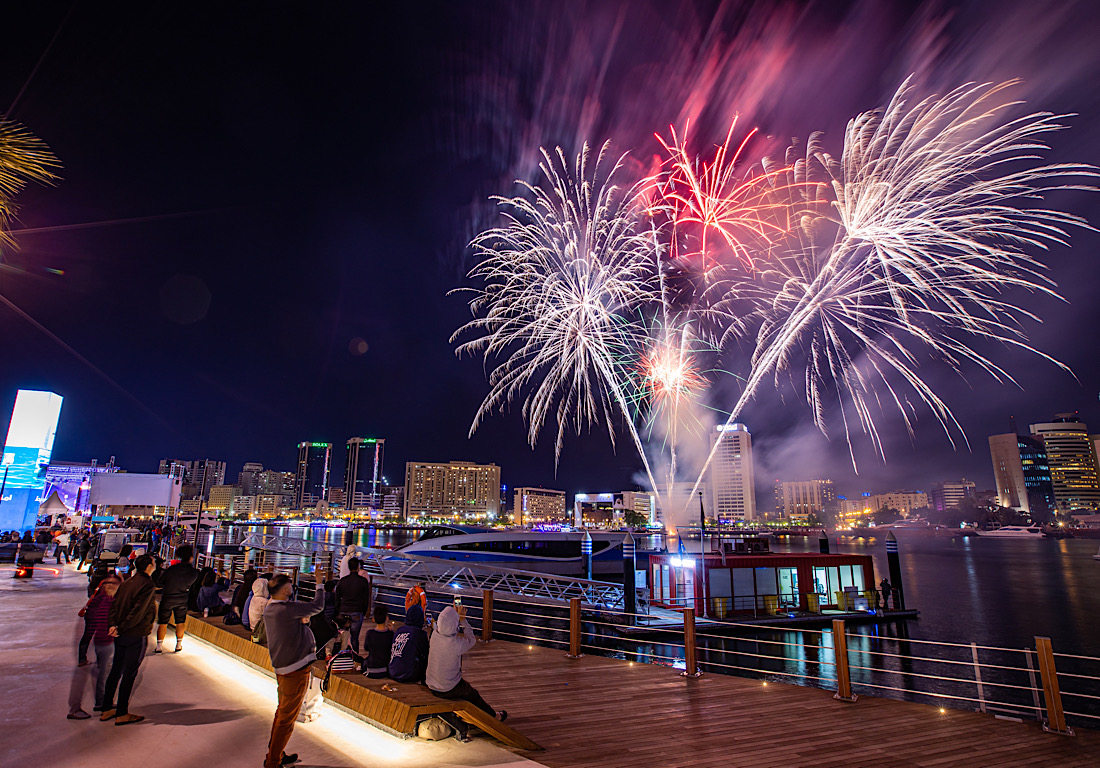 Shop, win and be entertained, talk ‘bout a festival!

As part of Expo’s musical agenda, the world’s fair will connect artists from across the globe endeavouring to break barriers between genres and cultures. Tune lovers can engage in this activity on January 6 and 8 at Al Forsan Zone, Expo 2020 Dubai from 9.30pm.

The DSF isn’t done just yet as it welcomes residents and tourists to attend live concerts and DJ nights across F-I-F-T-E-E-N locations in the city with TunesDXB. La Mer will have the honour of being the main stage where people can shop and sample great food while enjoying busker-style live music with different themes every night. The date and timings for this event are 6pm to 11pm on Friday January 7 and 4pm to 11pm on January 8 and 9. Still need more incentive? Well here’s some; it’s free!

You can catch Till Lindeman at the Coca-Cola Arena on January 4 for a special concert on his birthday. The 500-million views producer and hip hop star, Basta, will be performing his chart-topping hits at the Coca-Cola arena the following day on January 5.

Chicago also finds herself in Dubai at the Dubai Opera from January 5 to January 15.

Comedy is also on the agenda for January with Mohamed Benyama a.k.a. Booder, who will be cracking up audiences at The Theatre in Mall of the Emirates on January 5.

4. Shop and become a millionaire:

The Dubai Mall and Emirates Skywards Everyday have partnered up citywide giving shoppers the opportunity to become a DSF Skywards Millionaire which would mean earning 1 million Skywards Miles. Until January 30, spend at least Dh100 at the Dubai Mall to double your chances of winning. A winner is picked EVERY SINGLE WEEK in the month of January.

Until January 30, shoppers at Mall of the Emirates, City Centre Mirdif, and Deira spending single or cumulative totals of over Dh300 will see shoppers enter a weekly draw by scanning receipts on the SHARE app, for a shot at becoming a SHARE millionaire and take home 1 million SHARE points each.

5. Shopping driving you crazy? Here’s a chance to get a drive back:

The INFINITY Mega Raffle gives shoppers the chance to win a new INFINITY QX80 and Dh100,000 in cash every day with second prize winners taking home Dh10,000. All you need to do is make purchases of Dh200 or more at ENOC and EPPCO stations and select locations citywide to enter. Who knew shopping for gas would be such a gas?

Which of these activations are you going to visit? Let us know in the comments below.