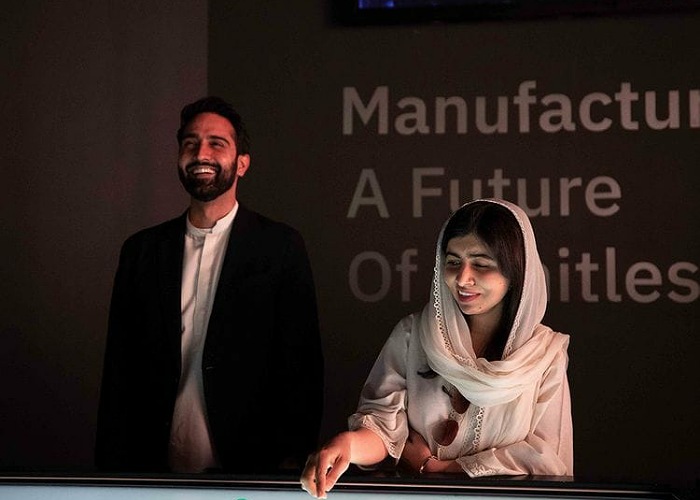 Expo 2020 Dubai is proving to be a star-studded affair and we have the evidence to back that up.

Since the opening, numerous famous faces from the worlds of sports and showbiz have visited the Expo site to be part of the biggest exhibition in the world. More celebrities are slated to attend in the coming weeks, but the growing list so far is very impressive.

We’ve compiled a list, solely for purposes of informing, of some of the big names that have been to the Expo so far.  We’re sure you’ll recognise a few of them!

The Nobel laureate and young activist visited the Pakistan Pavilion and took a tour of the exhibition with her family.

The football superstar came to the Expo on 13 December, 2021. During his visit, he met eager young fans and met with Sheikh Nahyan bin Mubarak, Minister of Tolerance and Coexistence, and Noura Al Kaabi, Minister of Culture and Youth.

The now-retired Barcelona legend was part of the Mastercard’s Priceless Surprises that took place at the Mastercard Cube on December 13. He even played a quick game on the pitch!

Hollywood bigwig Bryan Cranston was spotted in the Expo on November 15 in the Mexican Pavilion.

The fastest man alive paid a visit as part of his collaboration with Gatorade and the Sports, Fitness and Wellbeing Hub at the site. He also led a 1.45km family run to raise funds for charity.

The Prince was part of Monaco’s National Day celebrations at the Monaco Pavilion on November 13, where he gave a speech and took a tour of the site.

The reigning queen of Bollywood visited the Expo on November 11 and was spotted in multiple pavilions, taking a tour and engaging with the staff.

The football star made an appearance at the fully-packed Al Wasl Plaza for a talk on January 28. His ardent fans were present to show him full support.

Part of the cast of the hit series The Crown, Kirby was present at the opening of the Women’s Pavilion on October 27, in collaboration with Cartier.

The Stand Up Against Street Harassment with L’Oréal Paris event saw the leading Hollywood actress and activist give a talk in a training program held on December 8, 2021.

Another one of Bollywood’s top stars, Kaif spoke at a HSBC panel event for The Global Indian Pulse Report.

previous post
This twirl atop Dubai’s Palm Tower will make you hold your breath….literally!
next post
Chelsea could face UAE’s Al Jazira in the Fifa Club World Cup. Read All about it