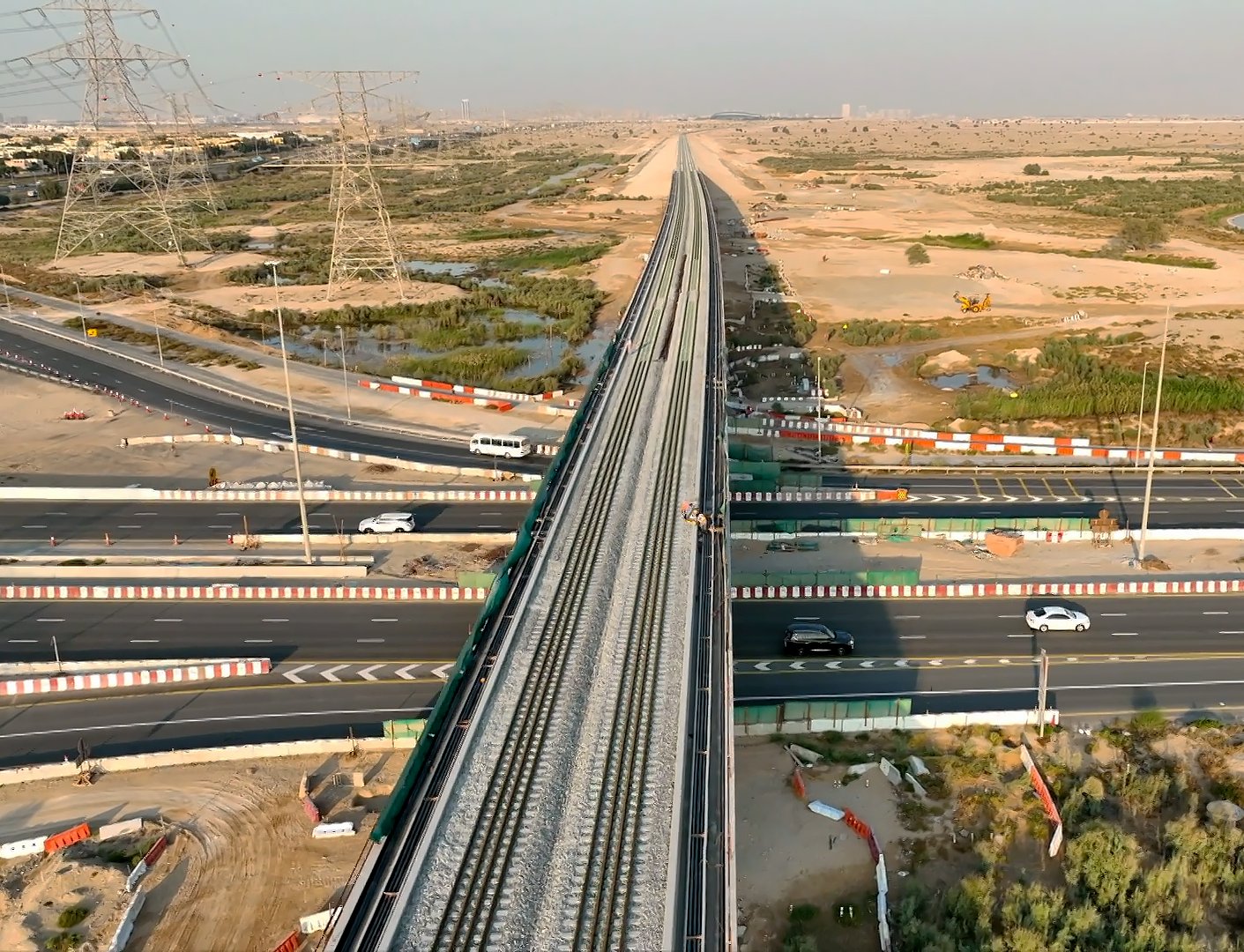 Dubai’s longest rail bridge is now up and standing. Etihad Rail posted images of the Al Qudra bridge, which is the “longest within the Emirate’s mainline network”. Pictures released by the railway operator showed work on the bridge, which passes over Al Qudra Road where it meets Emirates Road, edging close to completion.

The network cuts through Dubai running past Al Maktoum Airport, close to Expo City Dubai and then north to Sharjah. Last year, the rail reached several milestones, including a 75 per cent completion of its 1,200km long network. Etihad Rail’s passenger services will connect 11 cities in the UAE. With top speeds of 200kmph, passengers can travel from Abu Dhabi to Dubai in 50 minutes, and from Abu Dhabi to Fujairah in 100. The trains are expected to reduce commute times by up to 40 per cent. By 2030, the number of passengers is expected to reach more than 36.5 million annually. Freight trains will run on the line, allowing goods shipped to Khalifa Port to be carried swiftly and efficiently across the country.