Dust storm hits parts of UAE, visibility down to 100 metres 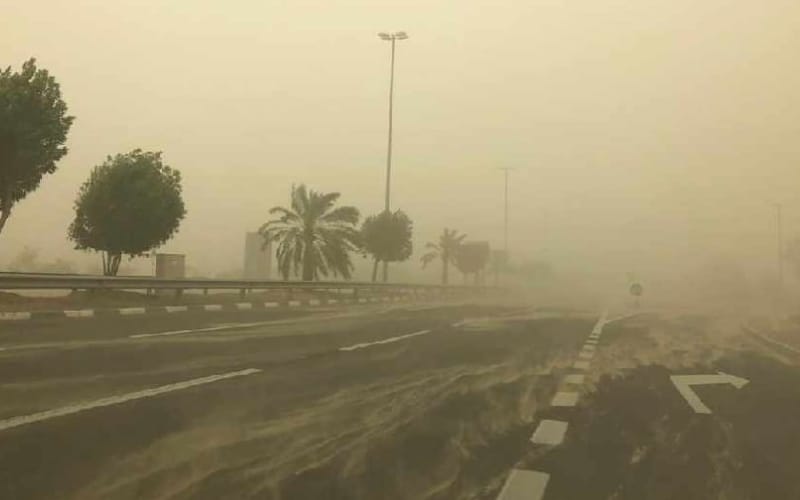 A dust storm has hit parts of Abu Dhabi, with visibility reduced to less than 100 metres in some areas. The UAE’s National Centre of Meteorology (NCM) has issued a dust storm alert, with varying intensities expected.

Suspended dust reduced visibility to less than 100 metres in Al Hamra (Al Dhafra) and Umm Al Sheif Island on Tuesday morning. Visibility has been brought down to less than 500 metres on Dalma Island, according to the NCM.

Earlier today, forecasters predicted severe dusty weather conditions in the UAE with a decrease in temperatures over the next few days. Windy conditions will persist, with speeds reaching 45kmph, affecting visibility.

Severe dust storms have engulfed parts of the Middle East over the past few days. For the second time this month, Kuwait International Airport suspended all flights temporarily on Monday because of the dust.

A heavy sandstorm in Iraq forced the closure of some state schools and offices and halted flights at Baghdad International Airport. Other countries, including Saudi Arabia, have issued dust storm alerts as well.