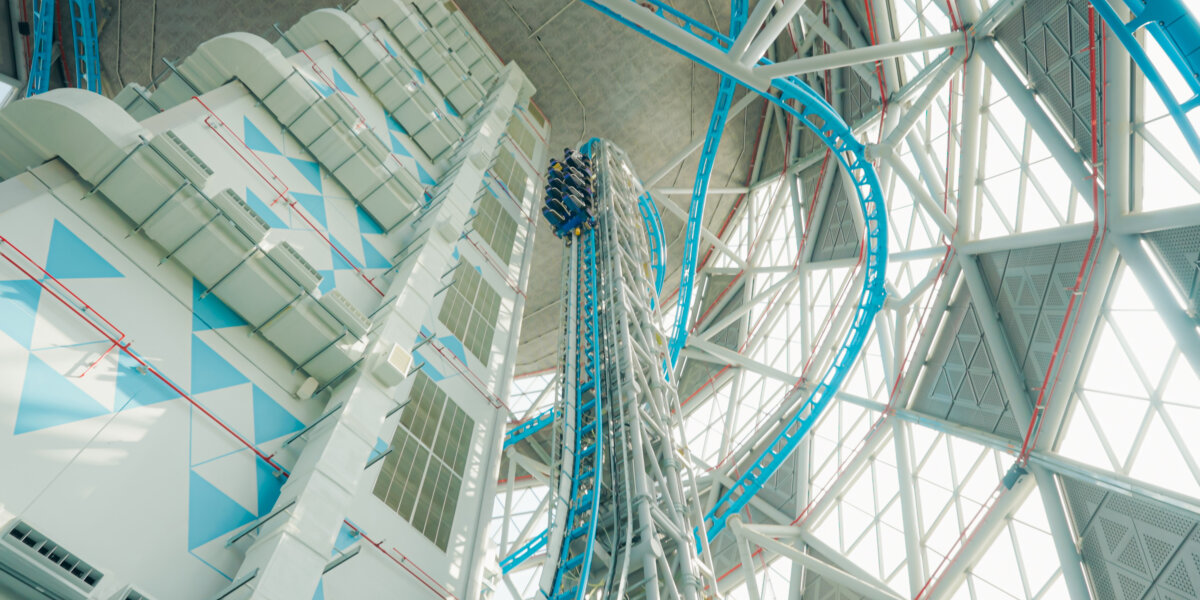 The Guinness World Records has officially announced that Dubai’s The Storm Coaster is the world’s fastest vertical-launch roller coaster.

The Storm Coaster’s vertical launch speed of 41 kilometres per hour earned it the title of fastest vertical-launch roller coaster from the record-keeping organisation. According to Guinness World Records, “the Storm Coaster is an indoor rollercoaster located at Dubai Hills Mall in Dubai, UAE. “The Storm” sees riders hurtling indoors at a top vertical launch speed of 41 km per hour along a 670-metre track that twists throughout the building.

The rollercoaster, which was formally inaugurated on February 17, 2022, has a vertical launch speed of 41 kilometres per hour. The Storm’s integration of the rollercoaster and building into a single structure sets it apart from other indoor rollercoasters. The Emaar group shared the news on its Instagram page with a caption, “Our big secret is out! We are thrilled to announce that we have earned a Guinness World Record for being the World’s Fastest Vertical Launch Roller Coaster!”.

Here are the prices for The Storm Coaster: