want gala time with family? DSF has live events lined up for you 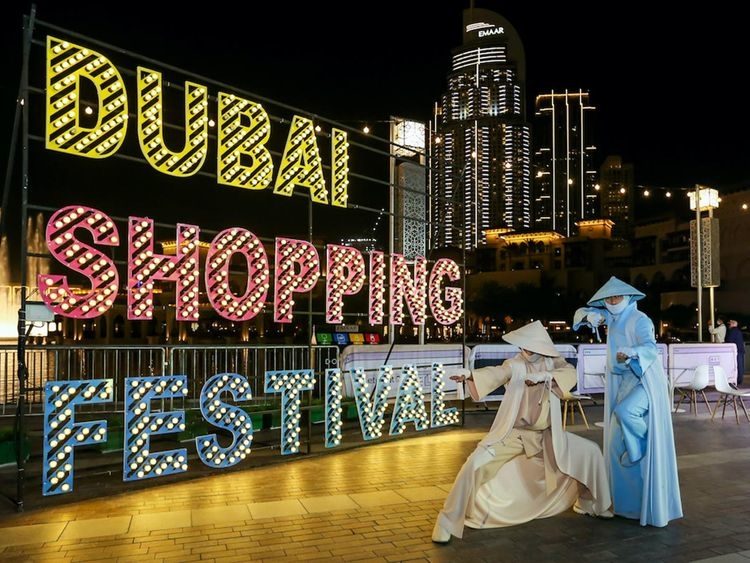 Throughout the first month of 2022, Dubai Shopping Festival has some brilliant live events to keep the whole family amused and entertained.

This Dubai Shopping Festival (DSF), Al Seef has been transformed into an outdoor play museum, featuring interactive games for the whole family. This walkable outdoor playhouse is sectioned into four zones representing the elements (earth, air, wind and water) and features experiential installations that are part art, part education and all fun, including a never before seen in Dubai large scale floating art installation on the Creek. Right up until the end of DSF, the Al Seef Market will also host week-long special content activities such as coffee and date week, where visitors can explore some of the most treasured traditions of Arabia.

Critically acclaimed and Academy Award-winning musical, Chicago, will be coming to Dubai Opera in January.  Telling the story of singer Roxie Hart as she finds herself locked up, it features classic songs such as All That Jazz, Cell Block Tango, and Razzle Dazzle.
When: January 5 to 15, 2022
Where: Dubai Opera
Price:  Starting from Dh395

Nickelodean will be bringing their biggest show, with the brand new All Stars musical. Featuring all the favourite characters on stage here in Dubai, get ready as PAW Patrol, Shimmer & Shine, Dora the Explorer and Spongebob all come together for a party with the whole family. A dedicated meet and greet and activities area also gives the little ones a chance to get to know the characters better.

Dubai Shopping Festival presents live concerts and DJ nights at 15 locations across the city with TunesDXB.  With the main stage at La Mer, shop and sample great food whilst enjoying the busker style live music with a different theme every night from 7-9 January. The weekend will open with western and Filipino music on 7 January, including the UAE’s very own America’s Got Talent singing sensation, Abu Dhabi resident, Peter Rosalita. A lively Indian evening will follow on 8 January and a soulful Arabic night will end the musical extravaganza on 9 January. With exciting community events and concerts showcasing local talent, the TunesDXB calendar will extend to various Dubai locations.

For the first time in the region, all things Harry Potter will be coming to Dubai through a unique activation at Mall of the Emirates, complete with its very own Hogwarts castle experience. As well as a large artistic installation of some of the most iconic locations in the film series. There will also be a pop-up retail shop, for all original Harry Potter merchandise.
When: January 10 to February 10, 2022
Where: Mall of the Emirates, West End (near Ski Dubai)
Price: Free entry upon a minimum spend of Dh300

The return of the Laughter Factory

Kicking off the new year is the return of Dubai’s popular Laughter Factory. Dubbed  “Starting the year, in the worst possible taste”, the show will feature three comedy favourites including Eleanor Tiernan, Larry Dean and Omid Singh.

One of the Arab world’s most beloved musical superstars, Amr Diab will be back in Dubai for another stunning performance in January. With several awards under his belt Diab is a Guiness World Record Holder, Middle East Best Selling Artist, 7 times winner of the World Music Awards, 5 time Platinum Record Award holder and has 6 African Music Awards.
When: January 15, 2022
Where: Dubai Media City, Amphitheatre
Price: Starting from Dh350

British comedian Jack Dee is heading to Dubai this January as part of the Dubai Shopping Festival. The star of Live at the Apollo will perform at Dubai Opera for one night only. Fans can expect plenty of his classic “grumpy” humour in this one-off performance.

Madagascar “Stars Of The Jungle”

Inspired by the popular DreamWorks movies, Madagascar “Stars Of The Jungle” live show will arrive in Dubai this January. Expect plenty of music, dancing and entertainment for all the family.

Price: Customers shopping for Dh300 will enjoy free entry at the activities area and meet and greet their favourite characters

The world’s best golfers will return to Dubai this January as part of Slync.io Dubai Desert Classic. Held as part of the Dubai Shopping Festival it is one of the most anticipated events on the golfing calendar.

James Blunt is bringing his greatest hits album, The Stars Beneath My Feet (2004- 2021), world tour to Dubai. The 30-song collection spans the musician’s 17-year career, including hits like “You’re Beautiful” and “Cold.”

Which of these events are you most excited for? Let us know in the comments below.

Now you can register for Dubai Fitness Challenge, 2022

Instagram launches ‘Notes’ feature in DMs : Here’s how to use it