An evening to remember with the first-ever OmegaPro Legends Cup 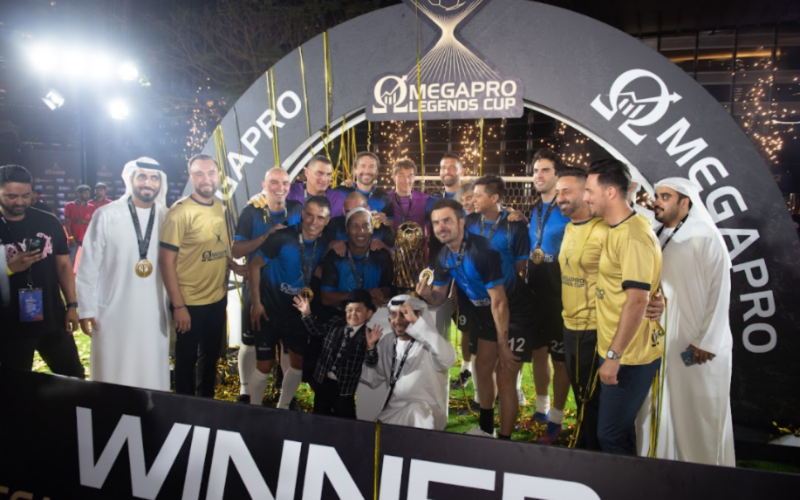 A Dream match resembling Clash of Titans with the likes of Ronaldinho,
Kaka, Casillas, Terry and more, hosted by OmegaPro, Dubai Sports
Council along with Dubai Tourism

Setting newer business and celebration standards on fire, OmegaPro hosted one of the most memorable evenings of all time as the very first edition of The OmegaPro Legends Cup took Dubai by storm on the late evening of 12th May, 2022. Being the first ever game of Football to be played under the shining stars of The Arabian Nights and the glittery, ever-stunning Burj Khalifa – OLC 2020 was the talk of the town ever since it was announced.

When the biggest legends of the game collide, head-on in a clash of titans years after hanging up their boots, the mere importance of an exhibition match automatically reaches its zenith. This was one such occasion, if not beyond.

Hosted by OmegaPro, The World’s No. 1 Marketing Platform with over 1,800,000 members spread out in a community hailing from as many as 170+ countries speaking a mind boggling 10+ languages – OLC 2022 was kick started by the true to football style Press Conference in the luxurious Armani Ballroom of the Armani Hotel.

This was the perfect appetizer for the main course about to be served later on – a mouthwatering discourse of the most legendary rivalries being renewed and refreshed on the hot-seat. Attended by 20 of the beloved game’s biggest champions, this Press Conference was intended purely for offering a rare opportunity of a media interaction that has never, ever been done before. Along with the OmegaPro Corporates Dilawar Singh – CNO (Chief Networking Officer), Andreas Szakacs – CEO (Chief Executive Officer) and Nader Poordeljoo – President – the stage was shared by two Captains of the designated teams – the one and only Ronaldinho representing OmegaPro Stars as his counterpart was aptly filled by former Portuguese winger Luis Figo.

The Press Conference stepped on the accelerator at 4PM GST with an ode to Government Partners – Dubai Sports Council and Dubai Tourism, without whose constant support, this dream match could never have potentially become a reality. The Emcee’s enthusiasm filled the hall with instant electricity as more than 50 different media houses, publications lined up for the most awaited game of non-professional football in quite some time!

OmegaPro’s CNO Dilawar Singh detailed out the origin of OmegaPro Legends Cup as President Nader Poordeljoo delved more into the details of how this will be a massive step, rather a leap for the brand. CEO Andreas Szakacs had the simplest yet the most difficult volley directed at him as he was asked to pick which of the two teams he is more likely to put his money on, for the night!

Now was the most awaited – a friendly banter o-clock where in possibly a first instance in the history of Press Conferences, the Opposition Captain willingly played his to-be-rival’s interpreter. The incredibly kind, Luis Figo not only discussed his association with this booming brand but went ahead to play translator for ‘frenemy’ for a night – Ronaldinho who thanked The OmegaPro Family for this grand opportunity

Following the reveal of the mesmerizing design of the OmegaPro Legends Cup – crafted artistically out of pure gold, the floor was opened for media to interact one-on-one with the players in the Media And Resource Pavillion.

Gearing up the most sensational evening in store, as celebrities and influencers in the likes of Bollywood Superstar Suniel Shetty, Sonu Sood, Former International Cricketers Suresh Raina, Yuvraj Singh along with GCC Favorites like Turkish TikTok Artist Ayda, Lebanese Celebrity Entrepreneur Joelle Mardinian and more joined in on the glamor – a special cheerleading routine was demonstrated on the lush green football field with as many as 8 breathtaking art forms and 2 football free styles.

Counting down to the momentous hour of the evening, the match plan was designed in a set of three matches played between 5-a-side teams from OmegaPro Stars and OmegaPro Legends respectively, played for 20 minutes each. The excitement around the pitch was unbelievably contagious as the first game proceeded with both the skippers Figo and Ronaldinho starting in the playing 5. Within the very first two minutes of commencement, the very first goal in the History of The OmegaPro Legends Cup was claimed by Javier Saviola – Former Argentinian Striker. The payback was almost instantaneous from Luis Figo with a picturesque tackle around the top of the line defense. Former Uruguayan Footballer Diego Lugano’s corner was saved heroically by Spain’s Greatest and one of the world’s most noted goalkeepers – Iker Casillas. But Saviola seemed to have Casillas’ number at the moment as he netted his second goal of the night in no time! The midfield battle was heating up with former Colombian Carlos Valderrama’s electric moves.

The next score however was purely owed to an iconic Terry to Figo pass as the former Chelsea great helped Figo seal yet another deal. Tied at 2-2, the tone of the match transformed frequently with Brazilian Superstar Kaka’s legendary tackles, frequent tussles between Ronaldinho and Italian Footballer Marco Materrazi, Luis Figo’s out-worldly dribbles ultimately resulting in Former Dutch Center Forward – Patrick Kluivert clinching the next two goals back to back followed by a swift one from Terry, in no time the scoreboard read 5-7 in favor of the OmegaPro Stars led valiantly by Ronaldinho who secured to draw the first blood.

Adding a lot of sweat to the pre-existing Dubai humidity, the tiny break flew past as the Referee whistled the beginning of round 2. Before anyone moved anywhere or even realized that the match had begun, the greatness of John Terry already found his team up by 1-0. Former Colombian Goalkeeper Faryd Mondragon made a spectacular save from what seemed to be a certain volley from Luis Figo. Now it was time for Middle East’s very own Sami Al-Jaber to make his presence felt as the new few moments in the game was super eventful with a foul from Diego Lugano followed by an unsuccessful attempt that was finally topped off by Youri Djorkaeff – Former French forward and in some style to take the lead to 5-2 in favor of The OmegaPro Champions. Determined to make the leaderboard even, John Terry almost cashed in on a bicycle kick that missed the post by the smallest of the margins. Kevin Kuryani was the final spoilsport that took this game away from The OmegaPro Stars and helped The OmegaPro Champions level the leaderboard.

Adding just the necessary spark of sporting tension to the famous Dubai Fountains in the backdrop and glimmering Dubai Skyline overlooking this grand spectacle, Former Dutch Midfielder Wesley Sneijder kicked off the proceedings for what promised to be a money’s worth final game of legendary football. Lugano drew the first blood with an aggressive Sneijder looking for every possession to be converted. Kluivert soon equalized the scale but also received a warning for a false shot. The next 10 minutes was pure, gutsy football where neither goals were scored nor was either of the teams ready to give the other a single inch to breathe. For the VIP and media gathering over 200, this indeed was a treat to watch. The tally moved up to 6-2 to Stars as a bouquet of flashy goals followed from Falcao, Terry, Falcao and Terry again – working their magic together to increase the difference in score. With seconds remaining on the timer and heartbeats around the Armani getting noticeably brisker, John Terry nets yet another one, this time from a corner and Valderrama performing the final rites as an almost last second goal took the scorecard to an impressively close 8-6 to OmegaPro Stars and thereby securing the first ever OmegaPro Legends Cup.

The stunning set of unbroken and unmistaken sporting spirit and athleticism on display was duly honored in an elaborate post match presentation on the pitch. The runners up – Figo’s OmegaPro Champions were thanked and given stunning medals whereas Ronaldinho and co. went for gold. With confetti showers and fireworks, the OmegaPro Legends Cup drew to a close with an evening dedicated to cherishing old bonds and creating new ones. 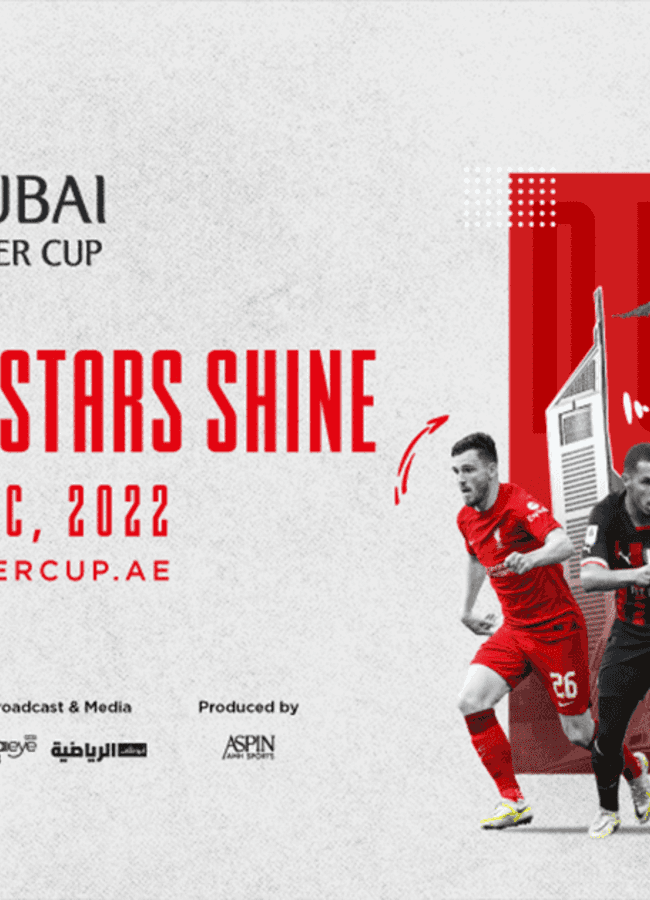