Alicia puts on a high-key performance at Expo 2020 Dubai 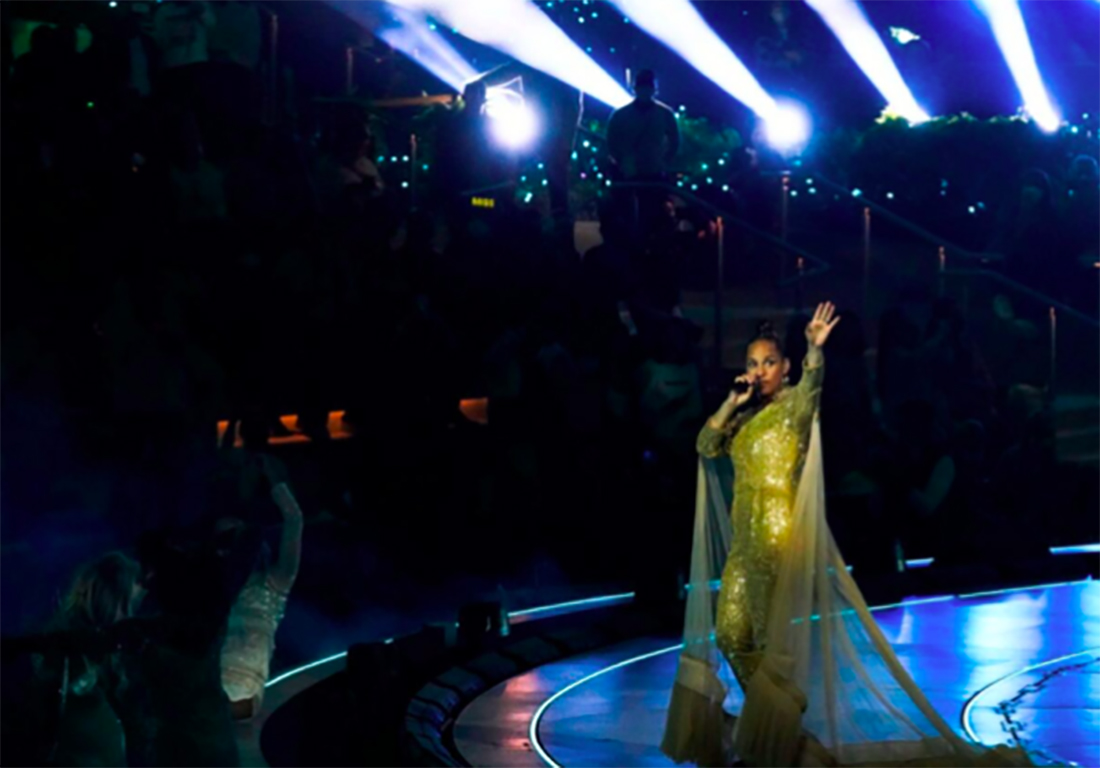 Pop-star Alicia Keys debuted her new album ‘Keys’ at the world’s fair in Dubai on Friday.

Keys, 40, strolled on stage in a glittering bodysuit under the incredible glittering dome at Expo 2020 as fans jumped jubilantly, taking in the moment.

The 15-time Grammy Awardee, inspired the crowd with her new double album. She played both, the original version which was produced by Keys herself, and the “Unlocked” version was produced by world-famous producers like Mike-Will-Made-It and more.

“Tell me which one you liked more”, said Keys on stage.

Before her final act which was her most famous song, “If I Ain’t Got You”, she inspired the crowds with words of warmth and passion —

Her performance, the songs, the crowd’s reactions and the entire evening looked like a spectacle out of a Disney movie.